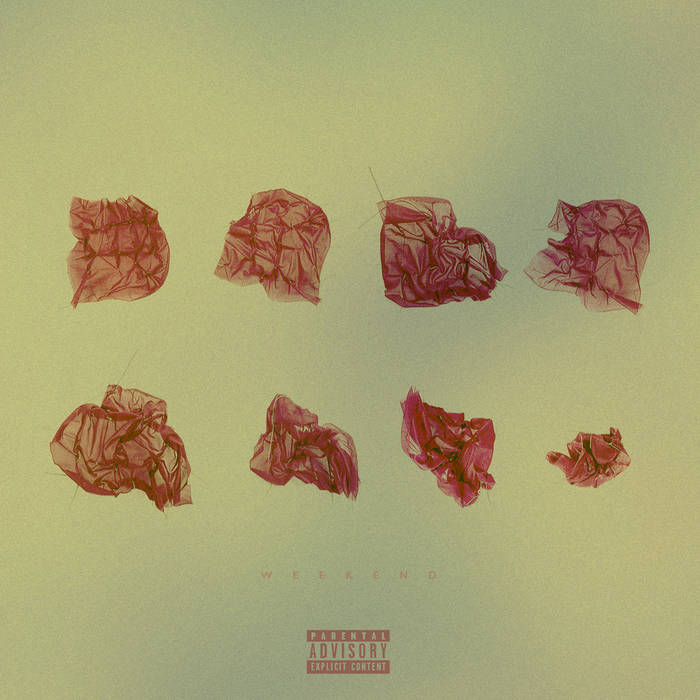 'Weekend' signals a pivotal release for 20 year-old UK artist MICHAELBRAILEY, an electronic producer, vocalist, and classical composer currently studying at the Royal Northern College of Music in Manchester. Since debuting in late 2014 with the impressive 'Pericardial' EP for Hush Hush, his talents have continued to blossom and evolve, allowing him to more fully display his strong ear for captivating arrangements, enveloping atmospherics, hypnotic beats, and delicate melodies. The release’s six episodic tracks were written during a highly transformative coming-of-age period, sonically documenting the emotional trials and tribulations of properly starting to uncover and embrace one’s own sexuality. Bursting out with the bombarding opener “Beast Within,” the lyrical motif "...you said we’re not dying..." is surrounded by an oppressive, intense beat that recalls the physical underground club aesthetic of Kanye West’s influential 'Yeezus' record. Quickly engrossing the listener into his immersive, chaotic sonic world, Brailey sets the stage for a powerful mini-album that captures the pain and conflicted beauty of an explosive, revelatory relationship.

While a hefty emotional weight runs throughout 'Weekend,' Brailey’s growing confidence in his fragile, hypnotic falsetto soars as well, swarming in and out of his own spectacular arrangements and experimental production techniques that push distortion and dissonance into beautifully thrilling territory. “Baggage / One Tear” and “Leaver, Gloss” dive thick into the midst of the narrative, applying these elements in a suffocating fashion before segueing into the record’s distinctive title track. The lone song to feature guests, “Weekend” offers a momentary respite with a relatively bouncy backdrop reminiscent of How To Dress Well’s ethereal pop. Supported by additional vocals from Los Angeles’ Parks Burton (Secret Songs, Hush Hush) and Connecticut MC Tapper (smallestWRLD), the track’s collaborative spirit works seamlessly, yielding one of MICHAELBRAILEY’s most infectious songs to date.

The final third of 'Weekend' begins with lead single “You Said We’re Not Dying,” a swirling and intricately detailed piano-led song that gently rises and falls, building with tense anticipation alongside Brailey’s crippling, illuminating lyrics. Closing track “Let Him Live” serves as the ultimate sendoff for both the record and the relationship, concluding with a heartbreaking confession of wounded emotions before gently dissolving into cathartic closure. A thrilling cinematic journey that covers significant ground in just over 30 minutes, 'Weekend' showcases the most comprehensive and accomplished material of MICHAELBRAILEY’s young and fledgling career.

"Baggage / One Tear" contains a sample of "Forest Floor" by Lux Natura.
"Weekend" contains of a sample of the 2008 film 'Brideshead Revisited' and was written, produced, and recorded by MICHAELBRAILEY, Parks Burton, and Tapper.