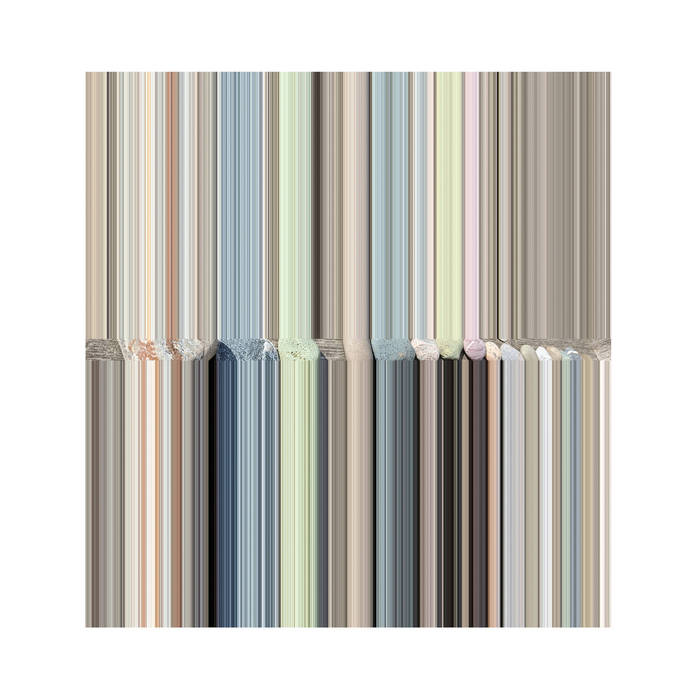 Evert I am awestruck every time I put this on. The record is an adventure for the ears, requiring you to listen closely and find all the amazing sounds it harbours. It is a record of tranquility and introspection for me and I am grateful to have it in my collection.

.foundation The imagery that these two tracks evoke is... transcendent. The selection and treatment of source material here has an almost understated quality, but the end result are two tracks that stand up like wavering monoliths demanding to be heard. Gorgeous work. Favorite track: COP26.

Hush Hush Records is thrilled to welcome Hamilton, Ontario-based musician Douglas Tewksbury to the family to help present his second release 'Brutes.' Composed of two long-form ambient works that each hover around the 20-minute mark, 'Brutes' is Tewksbury’s latest sonic document to capture the hidden beauty embedded within the inevitable destruction of our natural world.

'Brutes' serves as a follow-up Tewksbury’s debut album 'Paths.' Released by the boutique Dutch label Geertruida Records in June 2021, Paths signaled Tewksbury’s initial intersection of music with his full-time work as a professor and researcher. Currently teaching at Niagara University in Lewiston, New York with a specialization in the media’s role in interpreting and affecting the debate on climate change, Tewksbury’s academic work has taken him on travels to cold-weather climates and ice-covered landscapes in places such as Norway, Sweden, Newfoundland, Alaska, and in Canada. These eye-opening experiences forced him to confront and ultimately commemorate the singular feeling of both unbearable beauty and unbearable loss in the slowly dissolving erasure of these ice-covered lands. In discussing the meaning and motivation behind 'Paths,' Doug says, “I wanted to try to make moments of stillness and transcendence in the face of looming disaster. It’s not easy to look at where we are with climate change and environmental destruction and be hopeful—and I’m pretty pessimistic about our odds—but I guess I just wanted to make something beautiful for listeners. I don’t really know if art can save us, but it seems especially important right now.”

Nearly a year has passed since the release of 'Paths,' our planet’s steady path towards climate destruction carries on, and the motivation to “make something beautiful for listeners” in the face of looming disaster continues to drive Douglas’ music. Whereas 'Paths' blended rich instrumentation with atmospheric field recordings, 'Brutes' turns its attention to the human voice for its foundational source material. Both of the album's longform tracks were constructed by splicing together unwieldy 60-foot analog tape loops of historical choral performances onto unpredictable reel-to-reel machines and playing them through an array of eight guitar amps, essentially creating an “amplifier orchestra” with Douglas serving as the conductor for these long-lost voices being brought back to life.

Through these painstaking sonic experiments, Tewksbury emerges with “BANDA MOUNTAIN” and “COP26,” a hypnotic pair of experimental, glacial, choral-inflected ambient pieces that invoke the hauntingly beautiful works of William Basinski, The Caretaker, and Stars of the Lid. Respectively named after narratives in Amitav Ghosh’s book 'The Nutmeg's Curse' that analyzes the violent history of colonial environmental brutality, and Tewksbury's frustration over the inaction and farce of the 2021 United Nations Climate Change Conference (aka COP26), the sound on both songs is delicate, immense, and enveloping. Each rewards a close listen to discover the small details and imperfections that are central to the honesty of the composition. Over their unhurried running times, voices combine in random patterns, melodies come and go, atmospheres emerge and disappear, the tape splices click, the amps hum, and trains pass by outside the studio. Some of the machines were only half-working, as an amp unexpectedly gave out halfway through the song “COP26.” These happy accidents lend an undeniable natural warmth that runs throughout 'Brutes.'

“I wanted these works to feel organic, to feel like an honest representation of the impossible beauty and accomplishment that we, as humans, are capable of, and the terrible things that we can do to each other and to nature. How do you tell that story? For me, it was splicing together bits of choral music written in the 1500s, on reel-to-reel tape technology made in the 1960s and ‘70s, for audiences in 2022, to turn to human voices as the subject, and to call the album Brutes.”

All music by Douglas Tewksbury, except where noted.

Recorded and mixed by Sean Pearson and Douglas Tewksbury at Boxcar Studios, and at home, in Hamilton, Ontario, Canada.

Thanks, and love to Christine, Luna, and Hava Quail.

This project was grant funded by FACTOR and the Government of Canada, and by the Niagara University Research Council.

“COP26'' contains manipulated excerpts from the songs Christe Adoramus Te, composed by Claudio Monteverdi (1567-1643), and Domine, Miserere Nobis, composer unknown, and Agnus Dei, composed by William Byrd (1543-1623), each performed by the Capella Ducis Choir (Bokhoven, Netherlands). It also includes manipulated excerpts from Choral Sounds in E, by Casonika, Ooh-aha by Ellen Mentor, and an excerpt of an unnamed choral work by Thomas Luis de Victoria (1548-1611), performed by Escolania Salesianos (Seville, Spain) in 2011. These can be found at Freesound collaborative database.