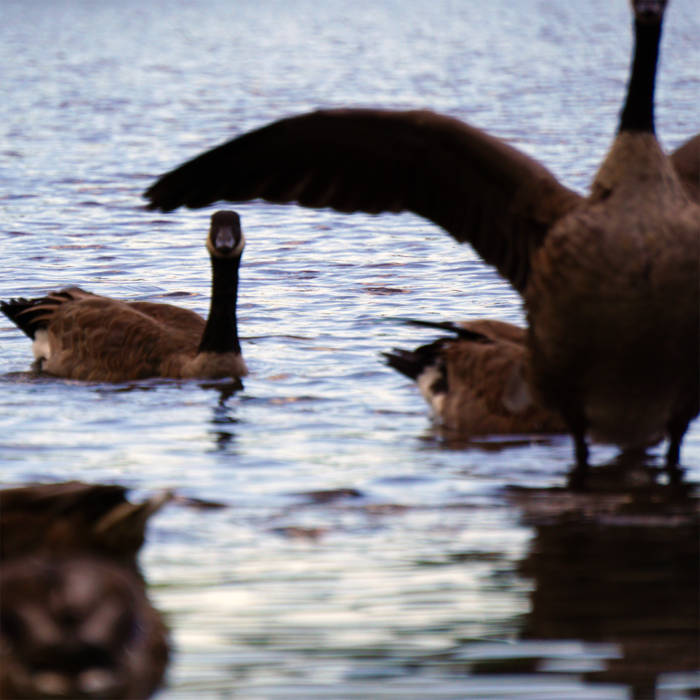 Ghost Shift shares his insight into the creation story behind his debut album:

“There came a point in my life where I had to reconcile my long-held perception of the people around me, and the reality of who those people actually were. This was the most emotionally lonely period of my adult life. 'Silver Lake' was written during this exact point-- Summer 2019.

Late August 2019 saw me take a trip to Silver Lake (in Rochester, Minnesota), and for the first time that summer, amongst the geese and beautiful weather, I felt like things were going to be okay. The album was finished shortly after this. Tracks trend “happier” towards the end of the album-- this is why.

'Silver Lake' was written solely for myself. I initially had no intention of releasing it, I wrote it entirely as a coping mechanism. It was the only thing I felt like I could do-- the thought of releasing it didn’t cross my mind during production. After listening back to the album for a few months, I realized it would be pointless to hide my first suite of completed music in 5 years.

I’m not used to writing such minimal music-- this album was an exercise in restraint. While not my typical genre or style, at the time, this was the exact palette I needed to express myself. Preparing the album for release, it was tempting to go back and drastically change tracks to make them more accessible, but I opted to keep them as faithful as possible to how they were initially conceived. This is how I felt at that time, and I wanted to honor that.

'Silver Lake' coming out in August 2020 is my story coming full circle. After a year to process and reflect on that period in my life, I am excited to share my experience via what became a musical diary.

Thanks to Colby Miers for the support (and inspiration via music recommendations), Michael Bridges for helping me bring out the best in the album, Adam Straney for making the album shine and dealing with the multitude of tweaks, and Alex Ruder for believing in my music, being extremely patient, and helping me bring Silver Lake to ears other than my own.”

Produced and mixed by by Ronnie Neeley aka Ghost Shift.