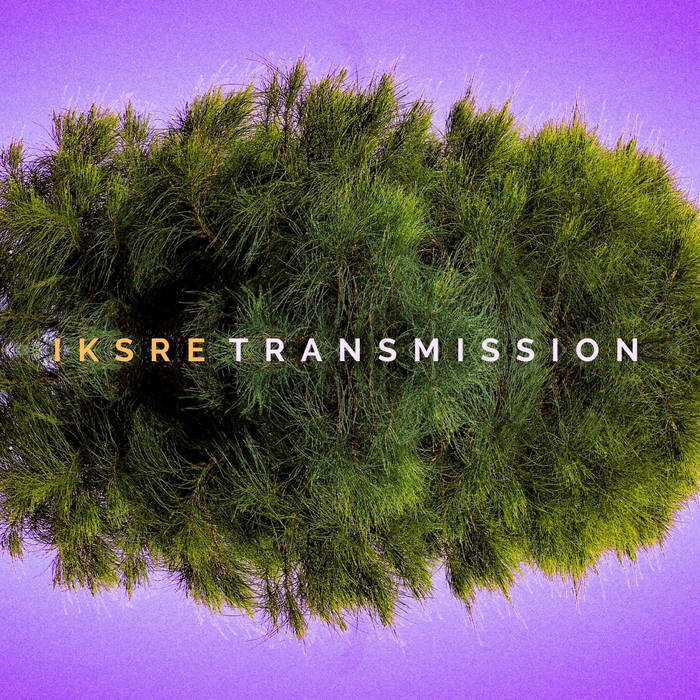 celloshinchan The world of Taoyuan Township is gradually drawn into the world of strange nightmares . What is the beauty of the last A Storm To Begin? Is it a lamentation that you can't return from a nightmare anymore? Favorite track: A Storm To Begin (Luminem Rework).

An acronym for I Keep Seeing Rainbow Everywhere, IKSRE is the alias of Melbourne/Naarm-based vocalist, multi-instrumentalist, producer, and sound healer Phoebe Dubar. Her music finds inspiration within the intersection of our own natural world and music’s unique ability to soothe, center, and heal. She launched IKSRE in September 2019 with her debut album 'Unfurl,' a beautiful under-the-radar gem that showcased her lush fusion of ethereal vocals, sublime synths, contemplative strings, binaural beats, and atmospheric field recordings.

Here at Hush Hush, we’ve been fans of IKSRE since the release of 'Unfurl' thanks to an early introduction made by our mutual friend Rob Masterton aka Super Magic Hats, a Melbourne-based electronic producer, mastering engineer, and longtime Hush Hush alum. The trans-Pacific admiration grew this past summer with the release of IKSRE’s sophomore album 'Intermission,' a stunning 9-track sonic journey completed during the COVID-19 lockdown that serves as a meditative soundtrack for those in need during an unprecedented and tumultuous year.

An organic communal effort, the pathway from 'Intermission' to 'Transmission' began simply with IKSRE reaching out to artist friends she’s been keen to collaborate with. An early reach-out to British ambient musician JQ proved to be the initial seed, as he returned a magnificent soaring interpretation of “A Storm To Begin” that fittingly opens up the remix collection. IKSRE also connected with legendary British musician and Lo Recordings founder Jon Tye who delivers an exceptionally environmental take on “August” under his Ocean Moon alias. Additional contributions come from Phoebe’s circle of talented Australian musician friends – fellow sound bath performer Mona Ruijs, emerging pianist Lucy Graham under her Luminem moniker, and versatile electro-pop artist Isabelle Reynaud aka Isadoré. New Jersey-based musician Insomniac Hotel also chimes in with a beautifully tense restructure of “Boorangoora,” a track that had given IKSRE frustration upon its original formation, but ultimately proved the classic mantra that “less is more” when she took it to the editing floor to give it its final form found on Intermission.

IKSRE and Hush Hush’s mutual friendship with Super Magic Hats comes through once again in joyous fashion with his own optimistic and colorful flip of early single “Wylah.” With 7 tracks already submitted, and eager to help round out the expansive collection of remixes, Hush Hush reached out to a trio of Pacific Northwest artists on its roster – Kid Smpl, Shelf Nunny, WMD – to join in on the collaborative action and each bedroom producer add their own cinematic aesthetic to IKSRE’s songs.

The end result is a beautiful transformative interpretation of IKSRE’s 'Intermission' album that breathes new life into the song’s original structures. As an artist who records, produces, and plays every layer and sound on her albums, 'Transmission' gave IKSRE an opportunity to allow other artists to add their particular strength, sound, and style to her songs and re-shape it to their liking. It’s a process that has yielded 10 evocative remixes that cohesively come together in harmonious fashion and display the collaborative fruits of trusting in your artistic community.