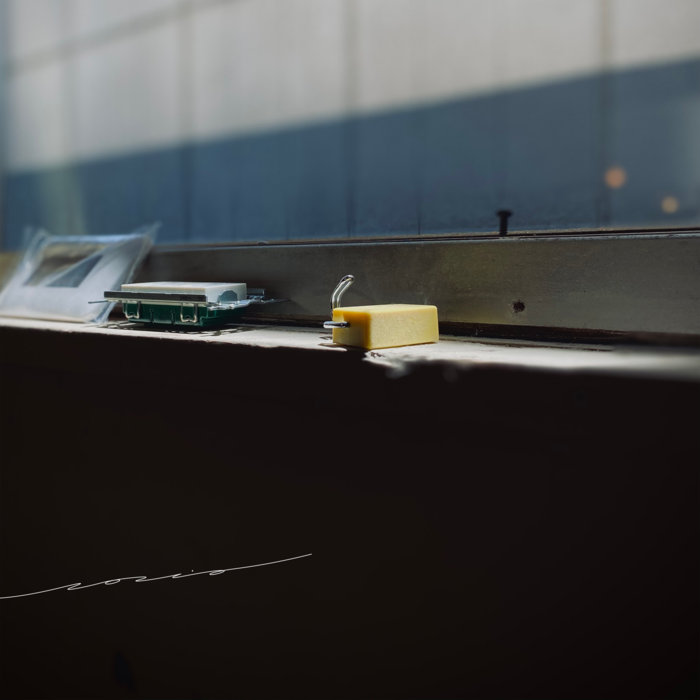 Hush Hush is honored to help present the debut album 'Somebody' by Norio, a new alias from Japanese filmmaker, documentarian, and electronic musician Noriaki Okamoto.

'Somebody' is Noriaki’s first release as Norio after previously releasing four albums under the moniker “okamotonoriaki” between 2010 and 2018. His desire to create a new alias stems from recent significant life changes – becoming a father, a re-location from his longtime home of Tokyo to a smaller city in the mountainous Gunma Prefecture, and a professional shift towards documentary video production. With his videography work focused on an atmospheric, nuanced, and organic direction, Noriaki felt a growing disconnect with his previous musical alias and an urge to restart his music career from scratch. Adopting a more simplified alias, Norio finds Noriaki reapproaching his production tactics in favor of “life-size” music that finds beauty in simplicity.

Norio’s work is influenced by the art of subtraction, reducing his artwork to its essential elements to create a rich, immersive, vivid painting. When discussing how he approaches his videography, Noriaki states that he wants to “portray the subject more strongly by depicting the atmosphere around the subject,” and his music as Norio reflects this artistic philosophy. With this technique, he creates a blank canvas for the listener to envision their own focused images and personal narratives.

The music – as aptly described by Norio – is “like an ambient,” but it masterfully dips into an array of different shades along the way. The introspective tones of IDM, downtempo, neo-classical, dream-pop, and post-rock all find their way into his cinematic palette.

Voices emerge in various formations along the way to assist Norio’s delicate instrumental journey. Lead single “Kaya” features alluring vocals by Taiwan-based artist misi Ke that soar and glide over a captivating downtempo beat with a restless undercurrent that builds to dramatic heights before calmly washing away. Tokyo-based musician Satomimagae (RVNG Intl., White Paddy Mountain) contributes her glistening vocals on the fuzzy dream-pop track “Hazama.” The intimate piece “Koe” features an extended voicemail from an old friend as they detail a heartbreaking experience that led to a feeling of “true grief” before finding the strength to emerge out of this paralyzing state.

With its consistent backdrop of minimalist-minded productions accented by human elements, 'Somebody' draws the listener into a finely detailed journey full of magnetic moments and emotional vignettes, all open to interpretation. These personal touches capture the strength of Norio’s music – an ability to bring warmth, honesty, and humanity into his digitally created musical world.

All tracks written and produced by Norio.

"Hazama" with Satomimagae.
"Kaya" with misi Ke.
"Koe" with Satsuki.K.

Special thanks to Alex Ruder & Wei.