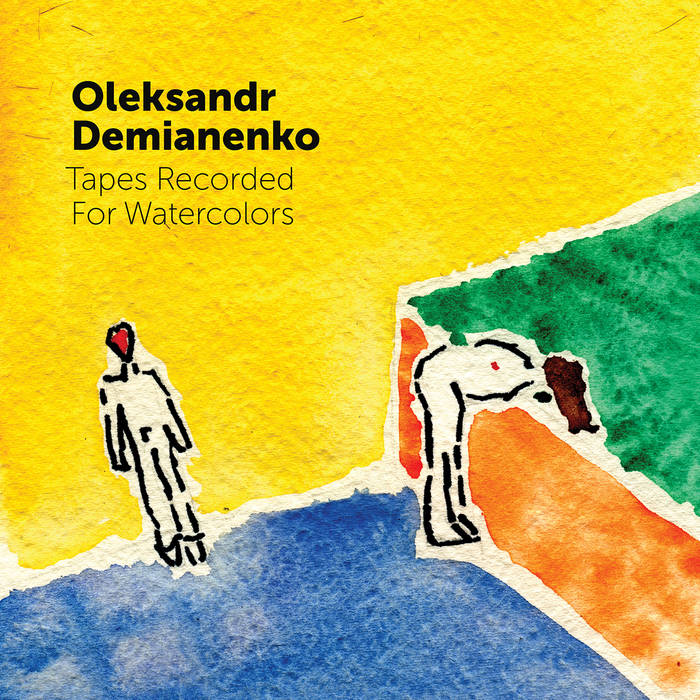 Oleksandr’s atmospheric, evocative, and richly-textured music stems from an early fascination and love for analog tapes, something he first discovered through his older brother, a resident DJ at a local discotheque. As a youngster growing up in the mid-1990s in the small town of Myrhorod, Oleksandr often watched his brother making copies of tapes – all purchased in the capital city of Kiev, a 3+ hour drive from their hometown – for his dance nights by connecting two tape players with a single cord, then playing back and recording from one to another. Certain tapes caught Oleksandr’s impressionable ears and opened up his mind to the vast world of underground electronic music, most notably, The Future Sound of London’s 'Lifeforms,' Boards of Canada’s 'Twosim,' and any tapes carrying the Warp Records logo. He says, “I think it is from those times, and till this day, a tape is my favorite content carrier and material as well.”

Oleksandr’s first significant foray into creating music was serving as the lead singer and songwriter of a short-lived experimental rock quartet in the mid-2000s. Over a decade has passed since, and he’s stayed active within the arts, especially as a film photographer, videographer, and director, working closely with KaZantip Republic. Throughout the years he’s also quietly explored his own path as a curious solo artist, always with a field recorder and camera in hand to capture the natural world surrounding him. Built around transportive sounds he’s captured in different pockets of the planet over the past two years, 'Tapes Recorded for Watercolors' features 12 tracks of hypnotic ambient vignettes and nostalgic electronic rhythms, each track conjuring up a unique sonic world that harkens back to the influential ambient-techno sounds of his youth. As he states in regards to his debut album, “There was no goal or clear idea, just at some point I felt whole and wanted to leave these 12 segments of my life on a cassette tape.”

The album’s artwork – both the single digital cover and the more elaborate cassette tape artwork – features a series of Oleksandr’s own watercolor paintings. Created during the same time period as the album, the watercolors are closely connected to the album’s amorphous mood, and provide the multimedia inspiration behind the album’s title.

All songs written, recorded, mixed, and performed by Oleksandr Demianenko.

Special thanks to Kety, Mara, kto_nado, Gacha, Lasha, Gigi, Ler, Genadievich, Adam and Alex from Hush Hush for all support <3