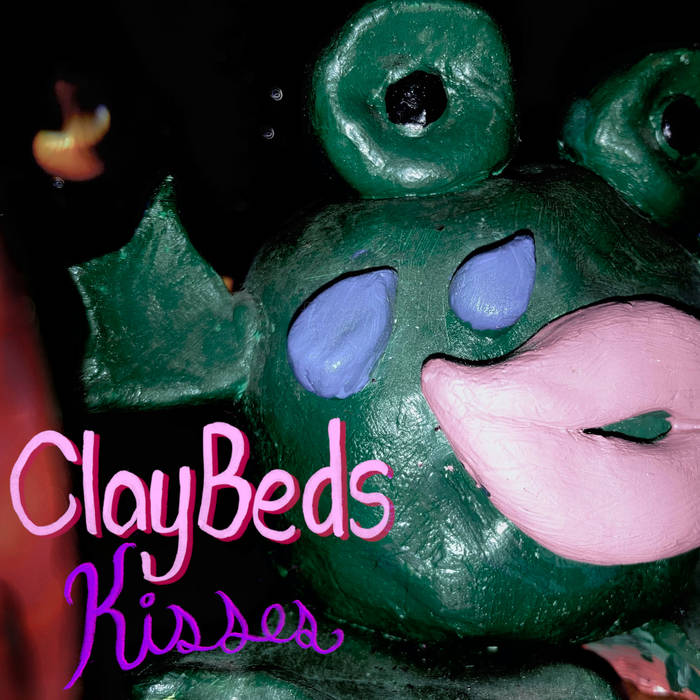 John Anderson and Hailee Rogers are the couple behind Clay Beds. Crossing paths while both living in Boston back in the early 2010s, the two re-located to the Pacific Northwest in 2016 and soon planted the seeds for Clay Beds, a collaborative project that finds inspiration in their rain-soaked home of Tacoma, Washington.

It’s been just over two years since Clay Beds made their debut on Hush Hush with a self-titled EP that introduced the duo’s unique vibes. The marriage of John’s hypnotic electro-acoustic productions with Hailee’s evocative choral-tinged vocals, Clay Beds’ music floats between gauzy dream-pop, slippery psych-pop, intricate electro-pop, and celestial alt-R&B. Led by its woozy and experimental tone, the EP provided early hints of Clay Beds’ distinctive sonic path that reveled in a whimsical, wet, and wonderfully weird aesthetic.

'Kisses' builds upon the promise of its preceding EP with a cleaner and more confident sound. Whereas their debut EP was raw, fuzzy, and murky, Clay Beds’ debut album finds a renewed focus on a more live and organic approach. John’s rich guitar tones serve as the foundation for the new material, allowing each song to gently unfurl with an unhurried ease as he layers in textural beats and warm atmospherics. These dynamic backdrops find a perfect match in Hailee’s ethereal vocals, which swoop, sway, and soar in bolder fashion this time around. With her voice now more prominent in the mix, Hailee’s enigmatic lyrics and supremely beautiful melodies shine bright throughout the album’s 42-minute journey. While their sound has taken a significant leap since their debut EP, 'Kisses' still finds Clay Beds operating within an amorphous genre-blurring landscape that explores the fringes of psychedelic dream-pop with a reverence for earthy R&B and traces of introspective hip-hop.

An album that follows in Hush Hush’s tradition of presenting dreamy leftfield pop from emerging duos, Clay Beds’ 'Kisses' rests comfortably alongside Cock & Swan’s 'Secret Angles,' NAVVI’s 'Omni', and Ocean Hope’s 'Rolling Days' as another addictive vocal-laced album within the label’s cinematic discography. Packed with rich earworms, unexpected aural surprises, and a seductive aura oozing with romance and intimacy, Kisses reveals new details with each listen. Best experienced rather than merely described, we hope you can get close and cozy with Clay Beds' magnetic debut album.

Semiratruth joins the show to discuss their latest release, "loading..".