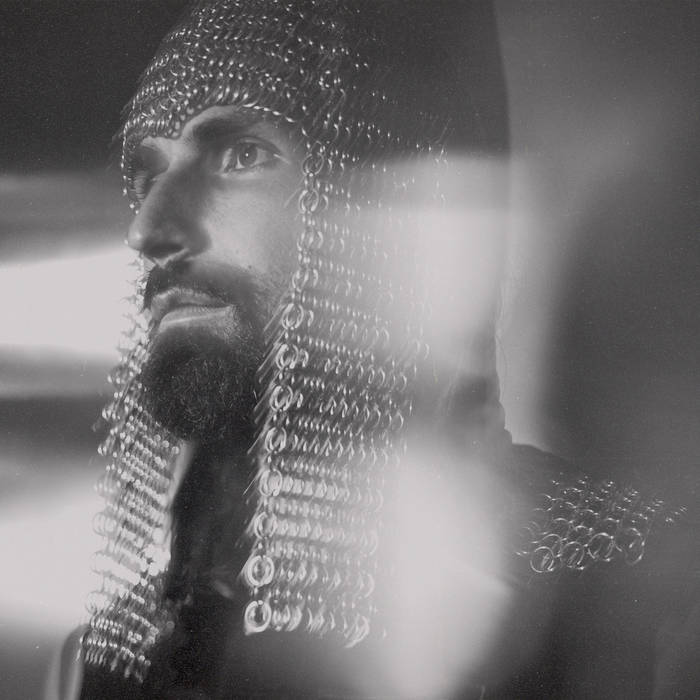 Lost Tribe Sound Stunning debut! Essentially harp and voice. Brings to mind so many of my favorite artists. Vocally reminiscent of Nick Drake or José González, and Aquarius' incredible harp skills recall the likes of Mary Lattimore... even landing similarly to what Western Skies Motel brings to the guitar. That said, 'Chapel' feels like it's own monolith, untethered to comparison, a wealth of emotion with every plucked string and softhearted expression.

Andy Aquarius is a sonic alchemist. An experimental multi-instrumentalist and fringe musician with German and Croatian roots currently based in Berlin, Andy has been roaming the underground and releasing music under various aliases that adventurously explore a wide-ranging sound covering everything from experimental folk to synth-pop, psychedelic rock, textural ambient, and film scoring.

While his blossoming discography has often featured densely layered arrangements and relatively complex instrumentations, 'Chapel' welcomes a refined minimalistic approach. Recorded in three days with Martin Fiedler at Klangbild Studios Berlin, the album places the hypnotic elegance of Andy’s homebuilt harp directly in the spotlight. Each song leads with the harp and allows the instrument to build an atmospheric and immersive foundation. Utilizing his voice as an accompanying layer to the harp’s lyrical brushstrokes, Andy adds his gentle voice only to accentuate key moments and support certain tonal movements. His lyrics carry a vague yet intoxicating mystical element, Andy’s friend Maja Presnell provides ethereal choral harmonies on a pair of stunning standout tracks, and the album's two instrumental pieces rest comfortably alongside the album’s compositionally rich vocal tracks.

Ambient, classical, new age, and folk are all genres mentioned merely as reference points. 'Chapel' differentiates itself from an easily identifiable sound from the first notes of the album’s opening title track. With a clear focus on texture and ambience, Andy plucks and fingerpicks at his harp with a feathery reverence, weaving a mesmerizing instrumental soundscape for the song’s first three minutes before allowing his voice to enter the mix. Maja’s supporting vocals soon appear and together they swell in unison. A gorgeous tone-setter that serves as the album’s lead single, “Chapel” is a perfect entry into the celestial and dreamy sonic world that Andy paints throughout the album’s six-song run.

The sweeping 7-minute instrumental “High On An Astral Horse” follows, Andy patiently summoning a slow-burning labyrinthian arrangement singly through his harp. “Soon We’ll Move” returns to introspective vocal territory with Andy alone on vocals, his shimmery baritone conjuring up the inward ballads of enigmatic artists such as Nick Drake, Lewis, and John Martyn at their most spacious.

The album’s latter half kicks off with the 11-minute centerpiece “Morning Will Come,” an organically unfolding suite that blends the dynamic melodies of Andy’s intricate harp arrangement with harmonic vocals from Andy and Maja. “The Phase Has Changed” glides with a beautifully fingerpicked undercurrent, and the quickly improvised instrumental “Aquarius Moon” closes out the record in cinematic fashion with the harp’s line signal mixed with a layered symphony of field recordings of various string performances. Conceived and finished in less than an hour, the somber orchestral flair of “Aquarius Moon” fittingly closes the curtain on 'Chapel.'

A sonic balm for these trying times, Andy Aquarius has crafted a special album that fits perfectly within Hush Hush’s warm, atmospheric, genre-blurring catalog. This is music that makes time stand still and allows the listener to feel at peace. Andy intentionally envisioned the album in this light. He states: “This album contains emergency music. When suddenly the lights go out and the sockets cease to deliver the juice that provides the base of modern life, almost all sound will be gone. The music you can hear on this record won't be. It doesn't rely on machines. Keep close to harpers, as they sounded the same back in Babylonian times as they will sound in a distant and unknown future – like a resonant mess in the surf.”