A Place Both Foreign and Familiar 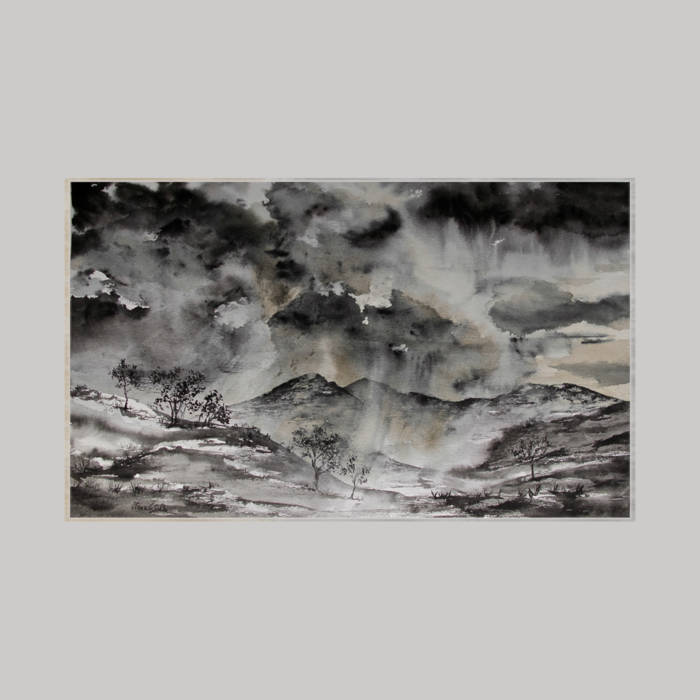 Hush Hush Records is proud to present 'A Place Both Foreign and Familiar,' the third release and official label debut from Ribble Valley, UK-based musician Max Ramsden aka Muldue. A project originally established during an extended time living in the British medieval market town of Stratford-upon-Avon, Muldue has been refining and evolving his warm, organic, nature-influenced sound over the past four years. His first self-released offering, 'Due Melodies of a Concrete Soul,' quietly arrived in February 2015 and served as a brief and intimate introduction into his sonic world. The three tracks on the release blended atmospheric ambient piano compositions with hypnotic droning saxophone in sublime fashion, capturing our ears at Hush Hush with his cinematic and introspective sound. The release also garnered praise from beloved UK-based blog GoldFlakePaint as they were "overwhelmed by the sheer magic and wonder" of his transportive music. Max quickly resurfaced in January 2016 with his second collection of songs, 'A Cruel Light From Below,' a 4-track release that displayed his maturing melancholic music as he began implementing his own vocals for the first time into spacious ambient backdrops, now informed and enhanced by post-rock and celestial jazz flourishes. This preliminary pair of releases has set the stage for 'A Place Both Foreign and Familiar,' an expansive 5-track release that serves as Muldue's "true" debut EP and captures the purest music he's created in his young career.

Building upon the ambient foundations of his previous offerings, 'A Place Both Foreign and Familiar' finds Muldue placing his budding vocals, blossoming guitar skills, and production talents more boldly into the spotlight. "Dwell" patiently sets the tone with a rich layering of piano, strings, and guitar, forging an appropriate opening pathway that reflects upon his previous instrumental-heavy music style while hinting towards unexplored sonic territory. "Platform 4" follows suit and lays bare Muldue's newfound role as an evocative singer/songwriter, a gentle guitar loop and his fuzzy, emotive vocals swirling in an atmospheric gauze. The song's lyrical tale of an uncertain journey nods to the release's overarching thematic tale of being somewhere you love, but don't quite belong, a place both foreign and familiar. This tension and anxiety comes to a head on lead single "I Tried," a brooding and enveloping slowcore/folk song that captures a bleary, dimly-lit, UK-rooted sound reminiscent of artists such as Gravenhurst and Hood. "Pour" provides an instrumental interstitial respite, Muldue conjuring up a palpable and subtly powerful emotional feeling out of his lonely guitar and airy synths. With "Belong," Muldue turns the final page on the EP with a haunting yet hopeful vocal tale, concluding with the couplet "But I've fallen asleep, I don't know how to be, how to feel yet / It's a gradual phase, I need time to open my eyes."

Bathed in an enveloping grey hue fit for rainy overcast days and dedicated headphone sessions, Muldue's 'A Place Both Foreign and Familiar' carries a beautiful, honest, downcast sound that reflects a fledgling 22 year-old artist still finding his footing, yet continuing to step forward into uncomfortable, unpredictable, and exciting terrain. It's a release we're honored to present digitally and on cassette tape come March 1st, 2019.