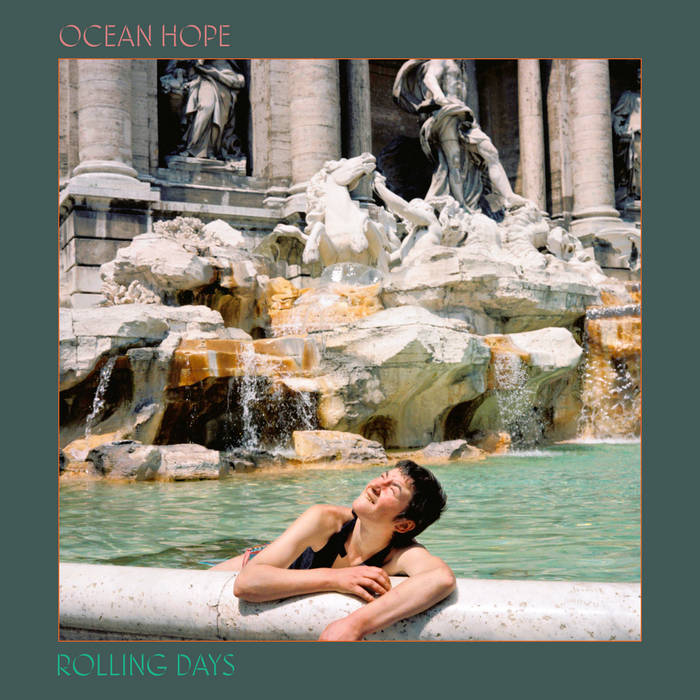 Hush Hush is thrilled to present the debut album 'Rolling Days' from Ocean Hope, the Greek brother-sister duo of Angeliki and Serafim Tsotsonis.

'Rolling Days' serves as the proper follow-up to their breakthrough 2015 debut release 'Chamber Dreams,' a 4-track EP that introduced Ocean Hope’s romantic dream-pop sound in mysterious, shadowy, intimate fashion. For the past few years, the duo have stayed busy tinkering away in their home studios, recording ideas at Angeliki’s home in the small seaside town of Nerantza on the Corinthian Gulf, as well as at Serafim’s studio in the metropolitan of Athens. Steadily evolving and crafting their own unique style of dream-pop, 'Rolling Days' proudly embraces a confident shift away from the hushed aesthetic of their debut in favor of a more direct, bold, and magnetic sound.

Ocean Hope’s woozy analogue synths, beautifully ringing guitars, and Angeliki’s ethereal vocals all remain. Yet 'Rolling Days' brings a refreshing new energy over its 10-track widescreen run. Exploring new avenues for their seductive dream-pop foundations, songs are now filtered through propulsive rhythms, kaleidoscopic textures, psychedelic explorations, and a more urgent tone that shines both musically and lyrically. The energy now upfront and clearer, Ocean Hope’s music packs a brighter punch, their hooks now soaring towards new heights. It’s music the band describes as “nu-chamber pop.” And whether it’s best described as nu-chamber pop, swirling psych-pop, nostalgic dream-pop, escapist synth-pop, or fantastical electro-pop, it remains that 'Rolling Days' is a beautiful escape, and the sound of a band finding its strongest voice. We hope you enjoy a sonic deep dive into the glistening waters of Ocean Hope.

All songs written, performed, and produced by Ocean Hope.
soundcloud.com/ocean-hope