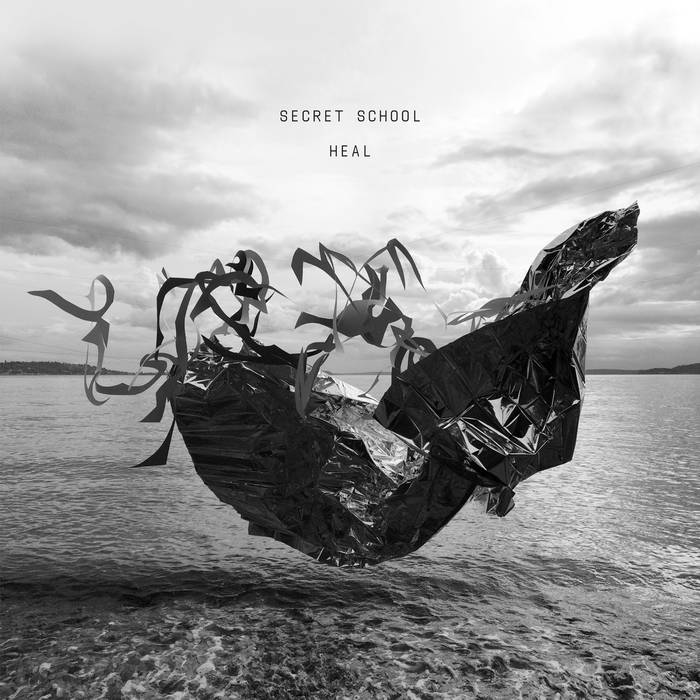 Seattle-based electronic producer Andrew Sutherland returns to Hush Hush with 'Heal,' his fourth release under the Secret School moniker. The 8-track album once again showcases his exceptional production skills, weaving intricately detailed beats, pulsating rhythms, and warm atmospherics through an expansive and cinematic landscape. The lush, moody, and deceptively sleek tone established on his previous album – a 2014 self-titled record that marked his debut on Hush Hush – is still on full display, yet 'Heal' explores unexpected terrain along its journey. Secret School’s instrumental prowess continues to shine bright, yet this time his arrangements are enhanced with the re-emergence of his own voice, an element that was largely relegated to the background on his previous album. No longer serving as merely an instrumental garnish, the significance of his voice plays a powerful role behind the emotional motivation and intimate narrative of the album.

'Heal' emerged the same year Secret School’s father was diagnosed with throat cancer. This difficult news was coupled with the birth of his second child in Seattle. With a newborn at home, Sutherland was unable to visit his father while receiving treatment in his home state of Vermont. During small pockets of time late at night, the writing sessions for 'Heal' began, intended to cope with his growing feelings of frustration and powerlessness, and ultimately serve as beams of healing energy that would soar over the 3,000 mile divide to reach his father. As the cancer treatment soon took away his father’s ability to use his voice, Sutherland implemented his own vocals in a multitude of ways – intermittent heart-on-sleeve singing, sampled and chopped heavily throughout –to vicariously fill his father’s vocal void. The shifting dynamic at home also seeped into the healing nature of these new demos, with the addition of a new family member forcing him and his family to give up old habits in order to establish a new familial equilibrium.

The weight of this turbulent and unpredictable year is reflected in the album’s embracing tone and enhanced sonic range. These moments come through most clearly on “Remember Me” and “Over Cascades,” both songs forgoing synthesizers and skittering beats for uplifting and dreamy ambient-pop that floats with the help of crystalline guitar, yearning vocals, and waves of gauzy atmospherics. This unique pair of songs distinctively explores a new style for Secret School, yet the expansive and experimental edge of 'Heal' shines through strongest on “Heal, Pt. 1 & Pt. 2,” a mesmerizing nearly 12-minute cathartic journey. Bookended by a simple yet haunting cello, the track organically glides through a blissful, richly textured tech-house territory filtered through a triumphant, widescreen prism, eventually collapsing with the cello and a cautious laugh. “Over Cascades” gently closes out the album, bringing the beautiful and therapeutic journey of 'Heal' to its final resting place.