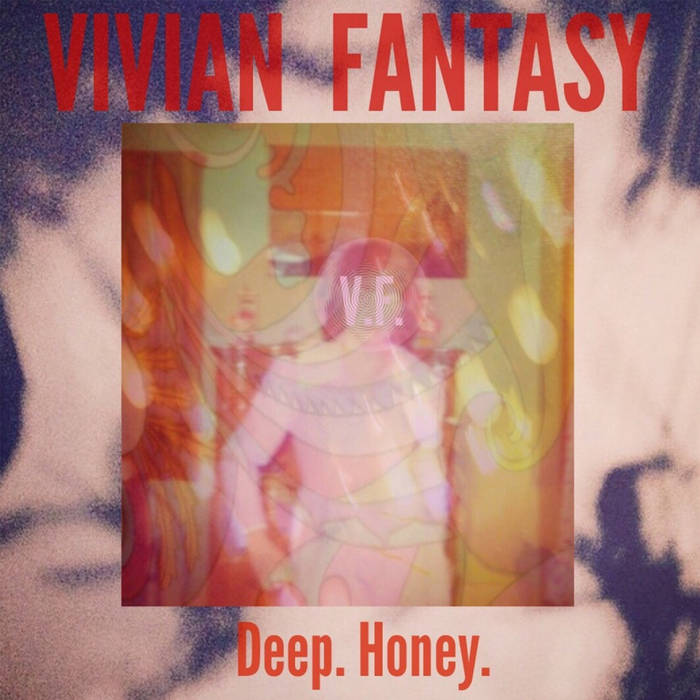 Isabelle Schechter I pressed play and I was instantly in luv <3 perfect for my euphoric running playlist. Favorite track: Florist.

lucillelee I love the mix of the track. Favorite track: Deep. Honey..

Vivian Fantasy is the alias of Richmond, VA-based musician Danny Bozella. He makes kaleidoscopic bedroom pop that carries a fuzzy, dreamy, magnetic charm. Finding inspiration in the video game and anime soundtracks of his childhood, a teenage love for the alternative rock of the 90s, and the ear-opening use of synthesizers by groups like The Flaming Lips and Boards of Canada, he's been fusing a passion for the guitar with a fascination for electronic soundscapes since his late high school years.

His initial sonic experiments as a solo artist took shape as a student upon discovering his schools computers had GarageBand, eventually bringing his sampler and 4-Track Tape Recorder into the library late-at-night to record his first solo songs. A few self-released albums have since made their way onto Bandcamp, many coming under his previous guise Chemists // 化学者. Often pieced together in an eclectic mixtape-style format, these recordings offered an early glimpse into his introspective sound, a gauzy and hypnotic blend of ambient, psych-pop, synth-pop, and shoegaze, all encased in warm atmospheric textures. Now making his official label debut on Seattle's Hush Hush Records, his new EP 'Deep. Honey.' takes this transportive sonic fusion to exciting new heights, yielding his most fully realized sonic work to date.

The EP features four original songs that display his expanding range, maturing pop sensibilities, and newfound confidence in using his own voice. While previous releases were largely instrumental affairs, Danny shares his raw melodic vocals on every song. "Deep. Honey." sets the tone with woozy synths, ringing guitars, churning rhythms, and pleading vocals all buried inside an evocative haze. "Florist" takes a slightly softer turn. Leading with a gentle guitar loop, heavily-treated vocals, and love letter lyrics, the song blossoms midway through into a clear sunshine-kissed trot before gradually winding down with an amorphous sigh. The romantic "Charms" is a crystalline slow-motion pop gem, wonderfully reminiscent of 'Andorra'-era Caribou with its delicate backdrop and tenderly sweet lyrics. "Strawberry Moon" brings the set full circle, mirroring the urgency of the title track and unleashing another rugged earworm that pushes hushed vocals, layered guitars, and rough pummeling drums through an infectious pop filter.

Special thanks to Bee, Nick, Owen, Ruddy and Alex at Hush Hush for all of the wonderful support and feedback <3