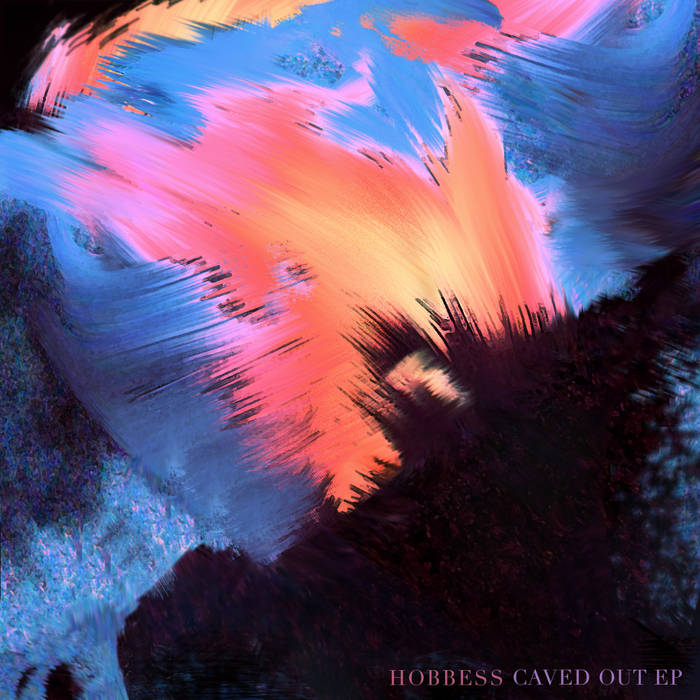 Hush Hush is proud to present 'Caved Out,' the solo debut release from Hobbess aka Portland-based multi-instrumentalist and electronic musician Calvin Erdal. While this EP marks his first official solo release after a decade of quietly crafting his own style, he’s previously displayed his talents as one-half of instrumental duo Ghost Feet alongside fellow PDX-based musician Qloq. Their recent 'Together Alone' album for Dropping Gems proved to be their most exquisite sonic journey to date, ushering in glowing reviews from critical tastemakers The Fader, Resident Advisor, and XLR8R. Fixtures in the underground Pacific Northwest electronic music scene for nearly five years now, Ghost Feet have shared the stage in opening slots for artists such as Zola Jesus, Tycho, Actress, Teebs, Eskmo, Shigeto, and Anenon.

All of this experience has paved the way for Hobbess’ sharp and playful solo debut 'Caved Out.' The EP’s four tracks paint an intricate, dreamy, and inviting sonic landscape full of bubbling melodies, skittering beats, flickering vocal samples, and glitchy atmospherics. Influenced by the iconic melodic IDM of the early 2000s as well as the exploratory beats of cutting-edge contemporaries SBTRKT, Photay, Machinedrum, and Devonwho, 'Caved Out' spins cerebral, complex productions through a lush, emotive filter. Largely conceived and written during downtime at his day job, Hobbess’ sneaky work ethic and diverse skills come through clearly on this cohesive collection of tracks that merely hint at his versatility as an artist.