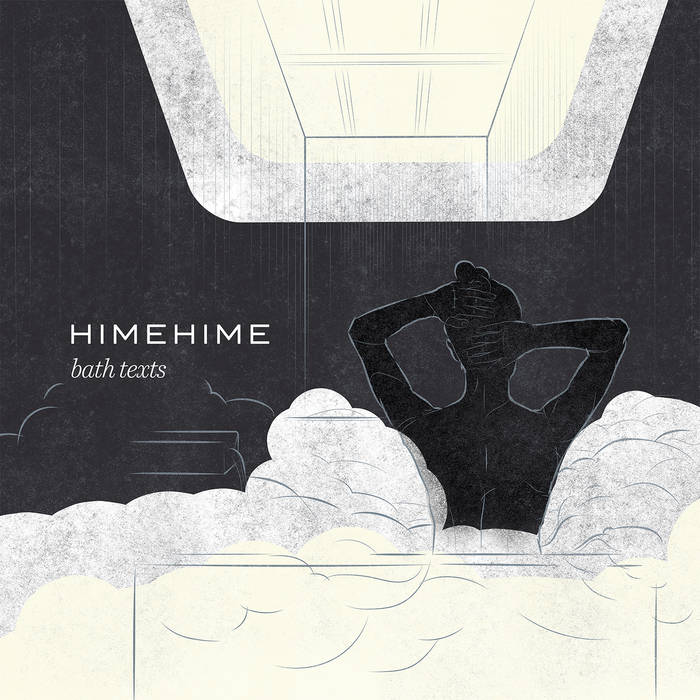 Hush Hush is proud to welcome Seattle-based electronic musician HimeHime into the fold with his transportive mini-album 'Bath Texts,' the most personal and accomplished release in the young artist’s already prolific career.

The alias of Mackenzie Simon, HimeHime began his musical journey with the guitar when he picked up the instrument at the age of eight. His development progressed while working as a children’s guitar teacher as a teenager, playing in his high school’s jazz band, and later jamming out in multiple garage rock bands. Tommy’s Guitar Shop in Everett, Washington offered him a welcome respite from school, providing a home base for lessons as well as the opportunity to mess around with various types of pedals and effects. This growing awareness of sonic manipulation, combined with his lifelong fandom of retro video gaming and video game soundtracks, further cultivated his budding interest in analog electronic sounds and composition.

His subsequent move into the heart of the city to attend Seattle University found his focus dive into electronic production, a newfound passion heavily swayed by the impactful early works of fledgling bedroom producers Baths, Shlohmo, and Hudson Mohawke. The cramped confines of a college dorm was the birthplace of countless late-night wide-eyed sonic experiments to find new ways to combine his early love of the guitar with his growing obsession with the vast capacities of electronic production. With a multifaceted sonic style that has steadily evolved over the last four years, HimeHime’s stacked back catalog offers glimpses into his bursting sonic imagination, serving up everything from early blockbuster chiptune anthems to shimmery heartbroken vocal-pop ballads to recent forays into aggressive club rhythms.