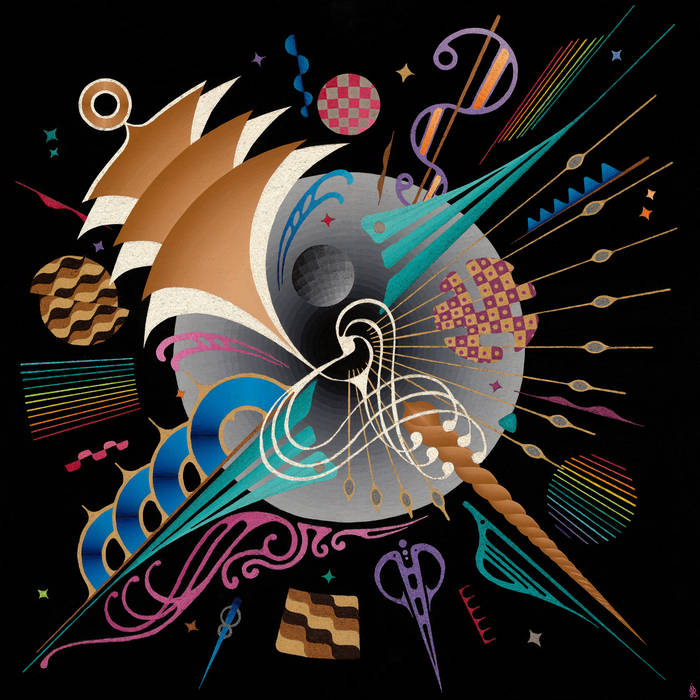 Blush To The Snow

Hush Hush Records is honored to help present the collaborative album 'Patterns' by Alex Smalley and Lucia Adam. An album long in the works that has gone through various transformations along its journey, 'Patterns' now confidently showcases its final form with an enveloping, immersive, and exquisite exploration through glistening ambient passages and gentle neo-classical flourishes.

British musician Alex Smalley has been a revered and quietly prolific figure on the underground ambient scene for well over a decade. Best known for his project Olan Mill, he’s released albums on a slew of premier ambient labels – Home Normal, Past Inside The Present, Facture, Serein, Shimmering Moods, Dronarivm, Hidden Vibes, Unknown Tone, Preservation, Hawk Moon, just to name a few – and he’s also part of the beloved ambient/drone duo Pausal alongside his close friend Simon Bainton.

Lucia Adam is a classically-trained pianist and improviser. Born and raised in the Republic of Moldova and currently based in Weimar, Germany, Lucia first met Alex in April 2017 following Alex’s relocation from the UK to Weimar with his wife and children. A creative project between the two quickly started, with Alex sending free-flowing collage pieces over to Lucia to then add evocative piano melodies – the combination allowing the songs to find necessary form and structure.

Originally going by the moniker Ilm, Alex and Lucia’s collaborations first came together as the album 'Gaya.' Released with handcrafted love by Fluid Audio in April 2019 as an extremely limited-edition album exclusively on CDr, 'Gaya' has now been revisited, reworked, remastered, and newly sequenced as 'Patterns,' marking the fully realized and more widely available debut full-length album from Alex Smalley and Lucia Adam.

In retrospect, the birth and evolution of 'Gaya' existed during a difficult time in Alex Smalley’s life; its role as the backdrop to such a contentious period inevitably gave the album a dark, heavy, and slightly ominous tone in his eyes. Well over a year after its original release, and after a pivotal family trip to Southeast Asia, Alex revisited the record with a newfound mindset and recharged ideas of how to rework the material. Embracing a subtle but significant new shade that lends the songs an elevated air of hope and optimism, these reimagined songs have taken on their final form as 'Patterns,' an illuminating 7-track journey that showcases an album that is delicate, enveloping, and simply beautiful.

Newly remastered by Porya Hatami and featuring bold artwork by Joseph Berthelot, 'Patterns' emerges four years after its original form as 'Gaya' came out, and will be released on cassette tape and digital formats on August 19th 2022 via Hush Hush Records, the Pacific Northwest label founded and curated by KEXP DJ Alex Ruder.

Recorded and produced in Weimar, Germany between April 2017 and June 2019.

Reprocessed throughout 2020 and mastered in January 2021 by Porya Hatami.

Artwork by Joseph Berthelot and design by Joey Butler.