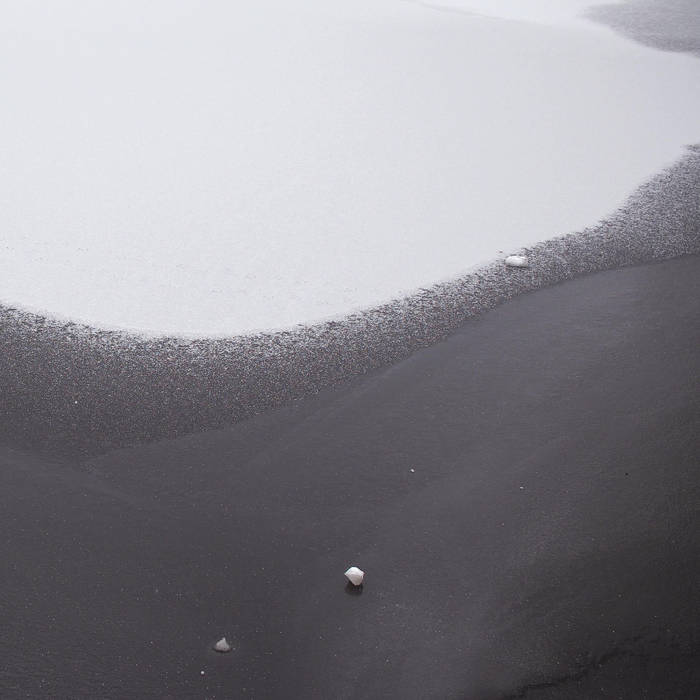 fghball Wow, I love this stuff a lot! Really cool. Wish it is getting a vinyl release. Favorite track: Still.

nachtbus Tranquil beautiful ambient jazz for wandering souls. One of the most sublime beautiful albums I’ve heard. Would love to have it on vinyl.

Lost Tribe Sound I've had a restless time lately settling on what my brain wants to listen to. I turned this on and just melted. That sax, clarinet, organ combo is one for the ages. Understated and profoundly beautiful!

Hush Hush Records is proud to present a bold new exploration within their cinematic, atmospheric, and genre-free sonic universe with 'Open,' a collaborative album between veteran Finnish musicians Tapani Rinne and Juha Mäki-Patola. An organic melding of each musician’s distinctive style that yields their own unique shared language, 'Open' reveals a cohesive meditative thread through ambient, jazz, and neo-classical music, paving the way for a refreshingly cool and sophisticated Nordic sound.

Tapani and Juha were strangers prior to connecting online in February 2021, yet they’ve both been active players within the Finnish music community for decades. Tapani’s illustrious career as a saxophonist, clarinetist, and composer has been an evolving path of collaborative works, solo releases, and an array of commissioned work dating back to the mid-1980s. He was featured prominently on legendary Finnish jazz drummer/composer Edward Vesala’s critically acclaimed 1987 album 'Lumi' for ECM Records, and the following year he co-founded RinneRadio, a pioneering Finnish outfit that forged a thrilling experimental intersection between jazz and techno. An integral and prolific member of the Finnish music scene since these formative beginnings, Tapani has played with numerous bands and released a handful of ambient-leaning solo albums too, most recently unveiling the dreamy and ominous 'Foghornia' in 2020. Regardless of the project, Tapani’s trusty melodic reed work has long been characterized by an evocative range, intuitive pulse, and collaborative spirit. It is this consistent communal curiosity that opened the doors for this album, as he was happy to join forces with emerging solo composer Juha Mäki-Patola upon a simple invitation via Instagram to work together on new material.

Although his discography may not run as deep as Tapani’s, Juha has been active in the Finnish music community for over a decade. Originally serving as a member of several bands and working as a producer, musician, and engineer for both local and international artists from various genres, Juha took this multifaceted experience to steer the vision for the type of music he desired to compose and produce under his own name. Inspired by the great neo-classical composers of this era such as Jóhann Jóhannsson, Nils Frahm, and Max Richter, as well as iconic artists such as Brian Eno, Philip Glass, Ryuichi Sakamoto, and Alva Noto, Juha began to create introspective and reflective instrumental pieces that sought a specific calmness. Receiving early support during this journey from Seattle-based KEXP DJ Alex Ruder, Juha made his solo debut in September 2020 with the full-length album 'Breath,' released on Alex’s independent label Hush Hush Records. Juha quickly followed up Breath with the complimentary 3-track EP 'Waves' in February 2021, also released on Hush Hush Records.

Over its 10-song run through cerebral jazz, glacial ambient, and cinematic neo-classical styles, 'Open' introduces a delightful new shade into both artist’s repertoires as well as Hush Hush’s amorphous catalog. Stylistically reminiscent of Floating Points and Pharaoh Sanders’ instant 2021 classic 'Promises,' 'Open' distinguishes itself with an expansive and contemplative aesthetic informed by Finland’s icy climate and long winters, as well as the atmospheric nature of the Nordic experimental jazz scene. Boasting a rich painterly sound that beautifully blends ambient, jazz, and neo-classical into their own unique expression, Tapani and Juha seamlessly fuse their talents to create a hypnotic debut collaborative record.

Written and produced by Juha Mäki-Patola and Tapani Rinne