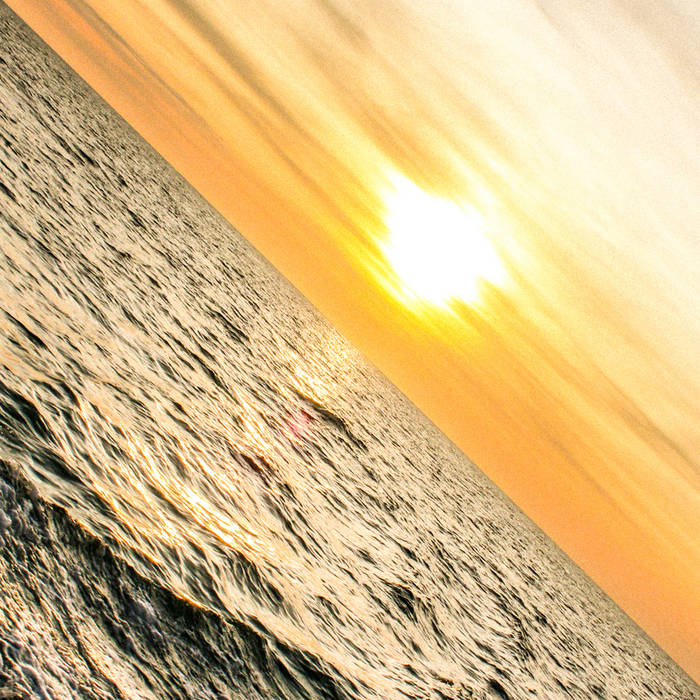 Ambientologist Arresting vocal-based ambient that toes the line between despair and stoic onward-looking determination. Thoroughly stirring and hard to pull away from.

Hush Hush is honored to welcome back IKSRE to present her mesmerizing third album 'III.' An emotionally powerful, hypnotic, and intimate journey through ambient, neo-classical, drone, and spacious dream-pop realms, 'III' finds inspiration in the deep grief of personal loss, and the solace and gratitude in accepting what one has.

IKSRE is an acronym for I Keep Seeing Rainbows Everywhere and the solo alias of Melbourne/Naarm-based artist Phoebe Dubar. A versatile singer, songwriter, multi-instrumentalist, and producer, IKSRE’s music and professional career have recently shifted to focus on the healing powers of sound. Last year she became a fully qualified sound healer and regularly performs sounds baths with Himalayan and Crystal singing bowls, gong, chimes, vocal toning, and other instruments that allow her to create music to help slow brainwaves, heal, and release stuck energy. These restorative sonic elements seep through into her own music as IKSRE, with her new album providing a platform to channel her own emotions into a healing experience.

'III' is a simple nod to the fact that this is her third full-length album, but there’s deeper layers behind this title as well. With Melbourne’s strict COVID-19 lockdowns as the tumultuous foundational backdrop, this album was written throughout 2020 and during a period where Phoebe and her husband were hopeful to welcome a second child into their family. Her early pregnancy was a joyful time, new thoughts brewing up of all the exciting possibilities having a sibling would bring to their daughter and their prospective family of four. This phase was sadly temporary, as Phoebe experienced a heartbreaking miscarriage and the eventual acceptance of remaining strictly a family of three. Phoebe shares, “After going through all the emotions, from desire to acceptance, and now quite simply, gratitude, we are happy and grateful to be such a strong family unit, even if it’s only “just” the three of us.”

Lead single “As Good As It Gets” soars as the opening track, a celestial and cathartic ambient-pop statement. Forming its roots following a particularly profound day with her partner accepting the decision to move forward as a family of three, the song was inspired by Phoebe’s desire “to create a song that sounded like pure love and gratitude.”

Another early single is found in the gentle and exploratory minimal piece “Pobblebonk,” a collaboration with Melbourne-based pianist Luminem (aka Lucy Graham) that follows her standout contribution on IKSRE’s Transmission remix collection. The song’s atmospheric field recordings stem from the sounds of the “Pobblebonk” frog, an elusive Australian creature that Phoebe and her daughter stumbled upon during a rejuvenating nature exploration during the early days of lockdown. “4.0” also nods to the restrictive nature of COVID’s lockdown, a mournful plea written on the night of Melbourne’s “Level 4” lockdown that would force their daughter to celebrate her birthday without the company of friends. In addition to the healing vibrations of a Crystal singing bowl, “4.0” includes field recordings from a magical day trip when Phoebe crossed paths with a family of three koalas as they swayed in the trees above and dropped down gum nuts as they ate eucalyptus leaves.

Viola-led “Untitled” is a powerful dive into the devastating blankness that follows a miscarriage. Phoebe says, “This song was a pure, outpouring of grief, three days after it happened. I hit record and played viola, recording this in one take. There are 11 seconds of silence at the end to represent one second per week that this little spark was alive.” And while largely a soul-baring instrumental and wordless journey, 'III' sneaks in a distinctive vocal-led highlight with “Song To The Siren,” IKSRE’s yearning cover of Tim Buckley’s classic 1970 song famously covered by Cocteau Twins.

In addition to Luminem’s sublime piano work on “Pobblebonk,” Melbourne’s Diego Villalta provides the album’s other guest appearance, his lyrical guitar adding a transportive layer to the dreamy and ethereal “It’s Quiet At The Edge of the Universe.” A calm and drifting piece, the song’s genesis arose from a powerful session Phoebe experienced while practicing Kriya yoga and immersing herself in an intense breath work technique that left her feeling “as though I was floating at the edge of the universe, and it was just unbelievably quiet.” The album’s final early single emerges in “Rapids,” an enveloping and dynamic song that pairs rich bass tones with airy viola melodies. The sweeping nature of the piece mimics the ebbs and flows of life and embraces the notion that accepting the flow of a river’s rapids is better than fighting against it.


Over its 8 tracks, 'III' lays bare the triumphant joys of gratitude and acceptance, and the crushing lows of lost hope, dashed dreams, and forced isolation. Yet through it all, the album ends on the hopeful tones of “Tuesday,” a fleeting glimpse of sunshine propelled by Phoebe’s vision to simply create something beautiful to escape the darkness of heartache while struggling through the worst day of the week. Containing a similar shade as the album’s buoyant opening song “As Good As It Gets,” the optimistic reprise of “Tuesday” brings the story of 'III' full circle, with IKSRE’s ultimate acceptance and gratitude for her family of three.

Written, performed, produced and mixed by Phoebe Dubar.
Guitar on "It's Quiet At The Edge Of The Universe" by Diego Villalta.
Piano on "Pobblebonk" by Lucy Graham.
"Song To The Siren" originally by Tim Buckley.
Mastered by Taylor Deupree at 12k Mastering.
Tape artwork and design by Michael Tenzer.
Photography by Phoebe Dubar.